One day last summer while I was having an internship at Roborace, a colleague of mine turned up to work with a very dodgy looking contraption strapped to his backpack. It had bare circuit boards, exposed wires and looked like an electronics project I would have had in high school.

I got curious, took a 2nd look and oh it looked like a drone. As any excited roboticists, I went to ask him what that is. “Is this a disassembled DJI drone?”, he just laughed. Then he told me it was actually a racing drone and that he built it himself. I immediately asked him to show me how it flies here, in the office. He laughed again and explained that his drone could cover the length of the office in less than a second. At that point, I probably looked like a 9-year-old who just discovered video games.

Fast forward to the weekend, we went to a park in London to fly his drones (yes he had 4). When he took it to the sky, I was just mesmerised… He was flying at over 100 kph, doing rolls, power loops and dives from the sky. I didn’t even need to touch the controller to know that this was the perfect hobby for me. It combines my robotics interests, electronics, open-source software development, the great outdoors and above all, is fun as hell! 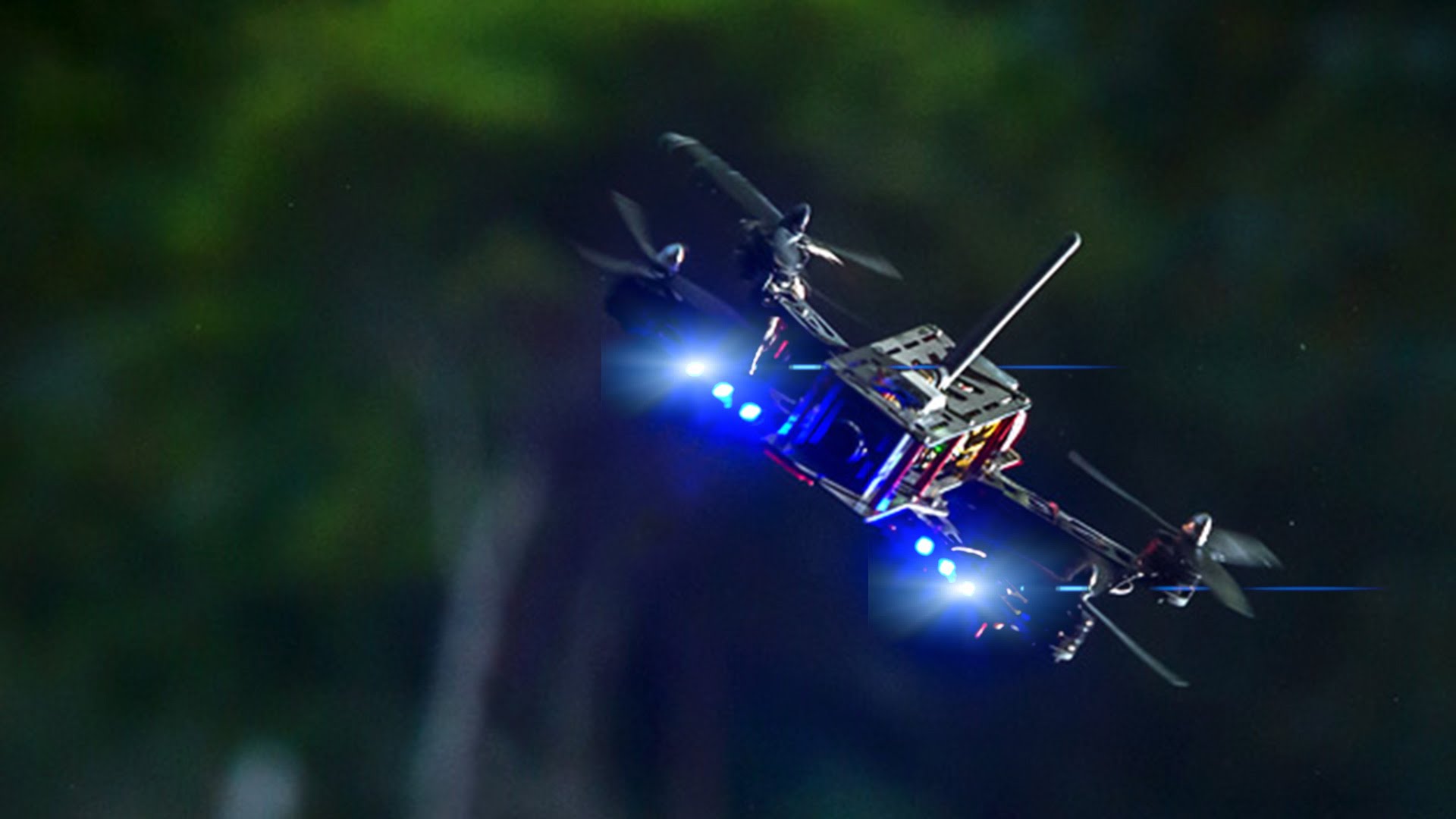 Since then, I got obsessed with the world of first-person view quadcopters or just FPV quads for short. Quickly I found out that it was an expensive and time-consuming hobby with an awesome community behind it. For the remainder of this blog, I want to share my experiences getting into FPV interleaved with tips for other beginners.

The first thing I needed to do is to learn how to fly - it’s difficult but also very rewarding. Learning to fly takes time, courage and above all perseverance. As per my friends’ advice, it’s best to learn to fly in a simulation. When you crash in simulation, you press the reset button and start again. When you crash in the real world, you break stuff and spend time and money to repair it… and I sure did crash a lot as a beginner. As an example, out of my first 10 flights, I managed to land only twice without breaking anything.

Cool, so what’s next? You need a simulator and a controller (transmitter). I got the cheapest transmitter - the FlySky FS-I6 with a data cable. Regarding the simulator, there are many, I used Liftoff as it had good reviews and a tutorial. However, it also requires a gaming computer. I spent about 5 hours on the tutorials (literally learning to stay in the air) and another 20 hours just flying until I was confident to get out into the real world.

If you want to learn about other simulators have a look here.

Learning about the hobby

In parallel to learning how to fly, I also learned about the hobby. I watched a lot of YouTube videos, read blog pages, forums and absorbed as much as I could. There’s not much point in me reiterating what is already on the Internet so I’ll just point you to the resources I used:

I decided to build a quad myself as it looked fun and interesting. Furthermore, if you’re getting into fpv, you’ll be breaking your quad A LOT, so knowing how to repair it is essential.

Quads can be split into categories based on their application:

I didn’t know what I wanted to do with my quad, so I wanted to have a versatile one until I figured out what I like. So I decided to build a full-sized 5” 6S quad. This configuration supposedly gives you the best power to weight ratio as well as great versatility. However, I am still a student, so I wanted to build this on a budget.

With the help of my friend, I made a cheap build based on the Eachine X220HV frame. Here is the full part list along with links and prices.

* you don’t need this but they are nice to have

Additional equipment I needed to fly:

Without further ado, here is my first quad Diana, the goddess of hunting: 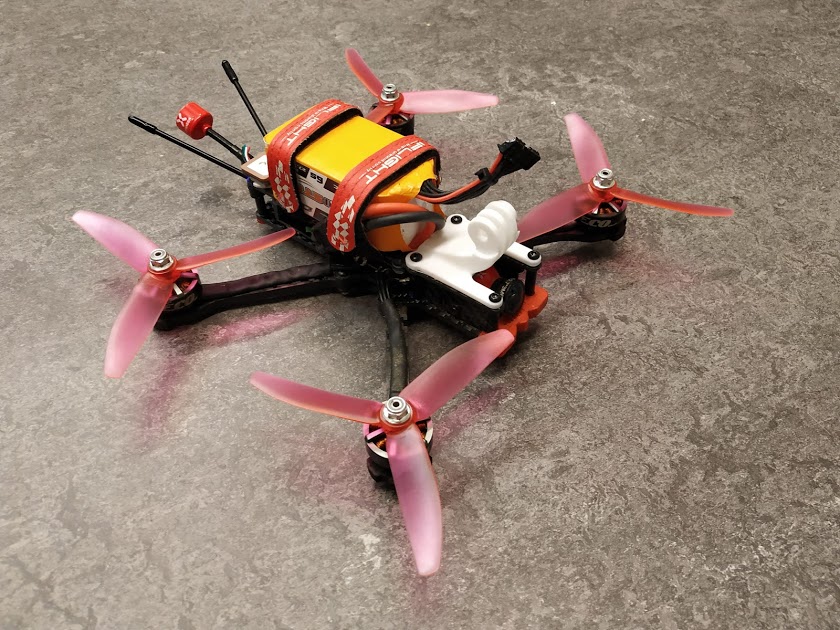 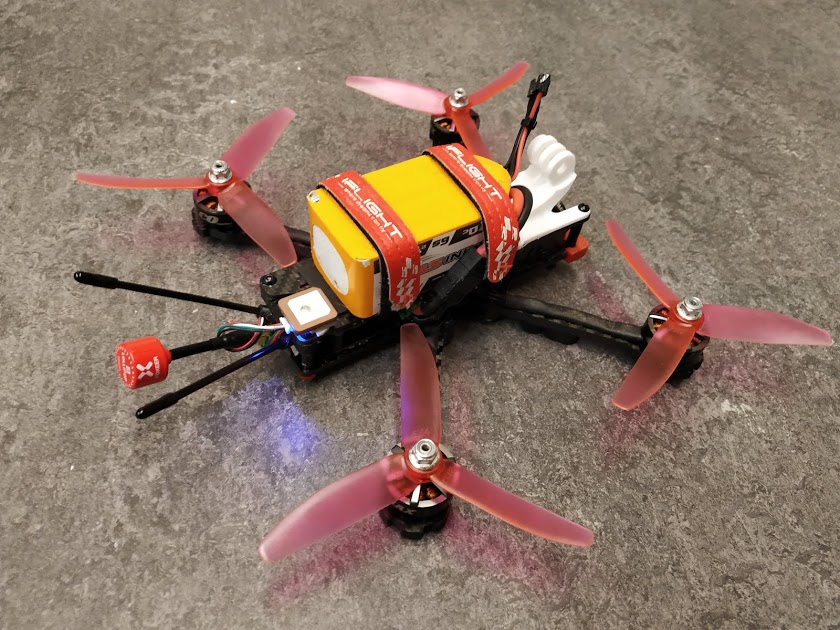 Building her was a long process involving mostly electrical work of soldering components together, wiring the different circuits that build Diana and assembling her altogether. For normal flying, I use the popular open-source software Betaflight and occasionally I use iNav when I want to do more autonomous flights. You can find a similar to Diana build guide with the step by step process on RotorBuilds. Note that I also designed and 3D printed some parts which you can see in the pictures above.

After 14 flight sessions, dozens and dozens of crashes, including hitting myself once, I have finally tamed Diana and can do some simple tricks!

or things I would do differently if I had the chance

What is next for me

As expected, I want to get better at flying, mostly freestyle and a bit of long-range. I simply enjoy flying out in the open and I want to do it whenever I have free time. However, since I am also a roboticist, I also have other more ambitious plans: