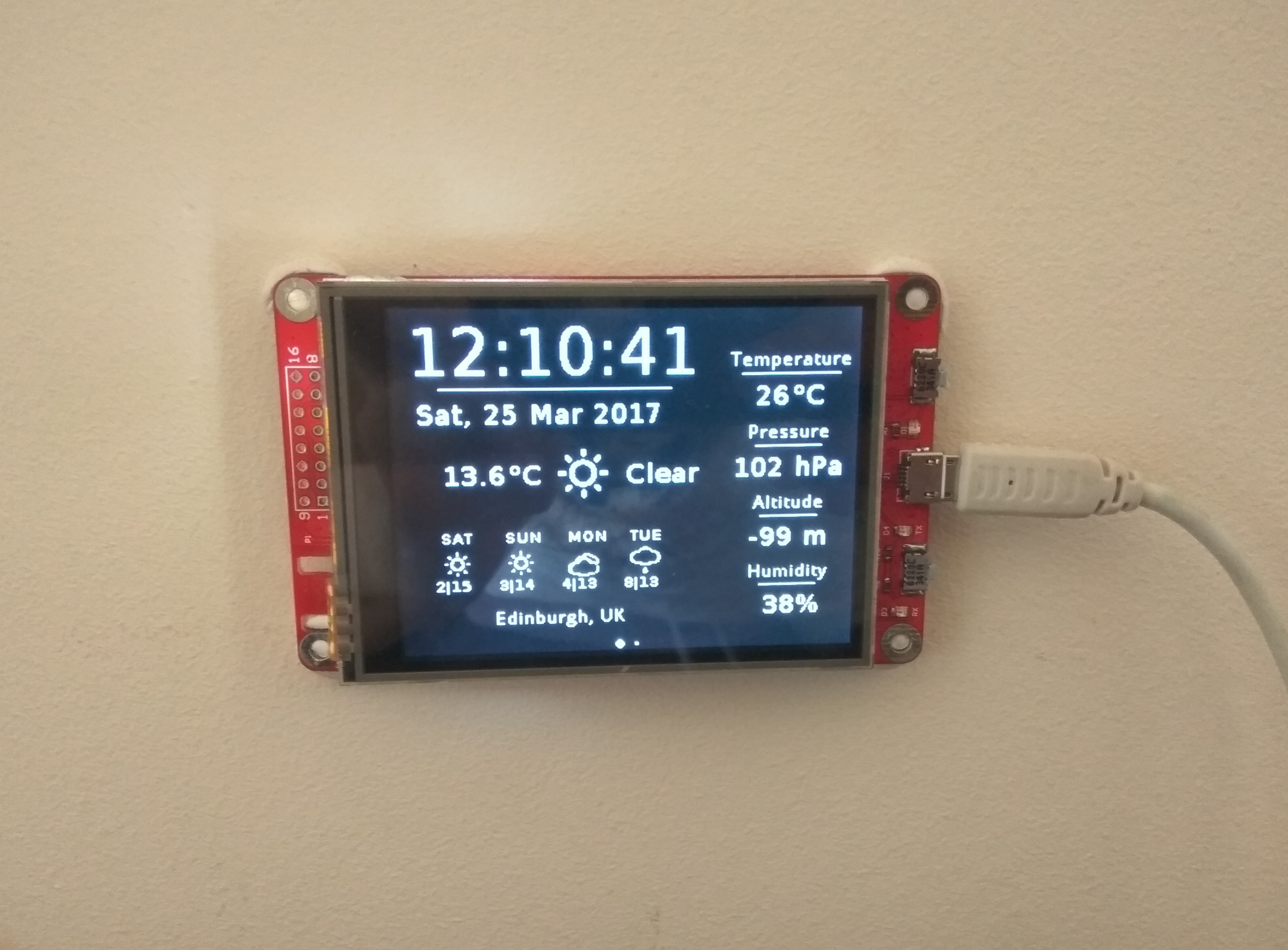 As a side project, I developed a cheap Nest alternative which can display time, weather forecast, ambient information and can be controlled via a touchscreen.

I designed this as an easy single-board computer based around a 2.8” LCD Screen I had lying around. To turn this into an IoT device, I used the popular ESP8266 chip featuring a 32-bit RISC processor and an onboard Wi-Fi module. Then to enable smarter features, I equipped it with BMP180 temperature and humidity sensor and an MCP23008 chip for additional IO to control things around the house.

I designed a 2-layer PCB for this from the ground up using Altium Designer. The board is wholly powered via Micro USB and features no battery. Overall all the components on the board are accessible for under $30, although getting them might be more tricky.

The full files and libraries of components can be found on the repository of the project.

The backend of the software is based on C++ with Arduino to stick everything together. It reads sensory information locally, downloads weather forecasts from Weather Underground and can communicate to an external server with the MQTT IoT protocol.

The frontend comes in two parts. First, we have everything that is displayed on the screen, as in the picture. It features two screens: one to display weather and sensor data and one to control things around the house. The display can be interfaced via the touchscreen. Additionally, the small Nest clone has another trick up its sleeve - a small HTML web server, which can be used to reconfigure its settings!

The full code can be found in its repository